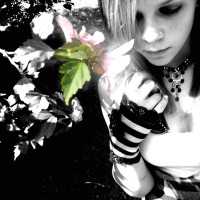 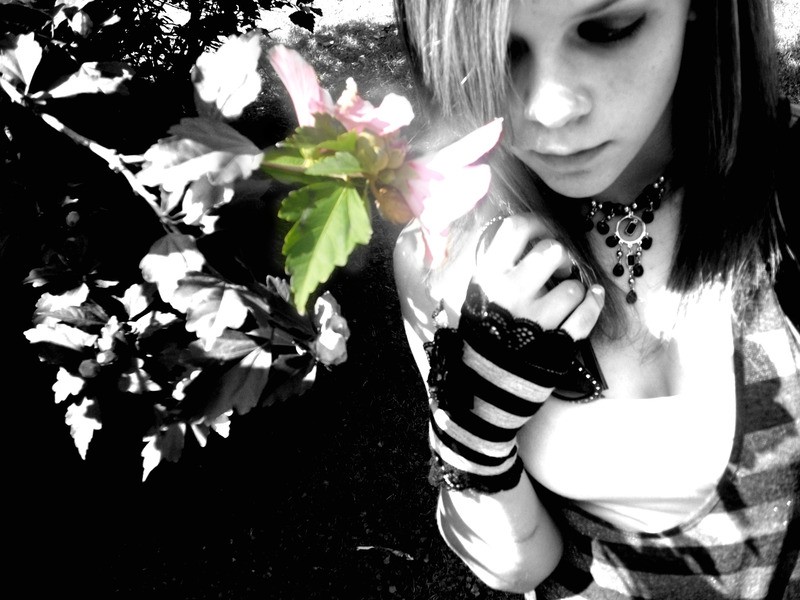 Torn is the name,writings no game. :) I am a young writer trying to find her place in the world. Be patient with me, and help me improve at what I love doing.
Friends

This is Torn.It has been longer than a calender year in which I have written on this website, or talked to anyone from here.
It has been a year since the first boyfriend I ever really had broke up with me.
It has been nine months since I missed him.
It has been two years sinceI had affections for my best friend- my soul mate, I'm certain- Curtis.
Its has been almost a year since his first true love left him broken hearted, and alone.
It has been four months that we have been together officially.
It will be nine months before I can hold him in my arms again.
But still....time seems to go on.
I havent written a poem in ages- and as time went on, I forgot my native tongue,my own home language.
I forgot who I was, what Im good at, what I loved and hated...
and yet...its all been a part of the journey.
I am back to writing. Because I have come to realize it is how I live, how I felland express when no words can be said and no one is close enough to hear.
Forgive me, brothers and sisters, for forgetting how beautiful words are. Forgive me for turning my back to what brings me joy. For it has been a long time for me....and Im so glad to be home. <3

she looked into the churning brown water with what could only be called morbid curiosity.what temperature was the murky abyss?
would swallowing enough of it end a life?how long could it keep a body afloat before dragging it down?how fast could it it kill?
she shook her head.life didnt make sense anymore,because meaning for it was completely gone.gone...like him.
he saw her peering over the bridges edge,and a vain hope ran through him- maybe he could stop her.
he ran towards her,shouting her name,that he loved her more than anything.... she gave him one sad,final smile.
"to late..."
with that,she flung herself over the bridge,and disappeared into the sickening water below.
he sank to his knees,so deep was his grief.shes gone...to late.......to late...

that stupid,sinking feeling
that seems to have no end.
her true loves' rejection
has made her cry again.

that brewing,salty puddle
thats clouding both her eyes
her true loves' rejection
feels lower than lies.

he does still love her,
at least,thats what he claims
yet he wont be with her...
it doesnt feel the same.

that low,unworthy feeling
his harmless words have brought
"we should see local people..."
its left her so distraught.

"i LOVE you-"
"then why cant-"
"we could get hurt again"
...dylan,id rather be in HELL
than just be your friend.

oh,you poor little girl,
your song is never heard.
you scream your little heart out,
but no one hears a word.

oh,you poor little boy,
you smile with only your lips.
though your laughing now,
all you wish to do is hiss.

oh,you poor little children,
you swear not one soul cares.
you want someone to SEE you,
not occasionally stare.

oh,poor little girl,
you've been silent for years.
now you finally start to cry
and HE catches your tears.

oh,poor little boy,
you've never smiled with your eyes.
you've never cared for anyone....and yet....
you cant stand to see HER cry.

this story takes place
not very long ago...
as the warmth decayed
and time seemed to slow.

he walks down this path,
so lonely and cold,
because her blue eyes
are no longer his home.

hes withering inside,
withering in PAIN
she left him for no reason,
with nothing to gain.

except for his heartbreak,
his vile of tears;
hes no longer hers
like hed been for a year.

dark thoughts start creeping
as he walks down this path...
how long had she wished
for them not to last???

he arrives at the bridge
and the dark waters churning;
in his minds happy place,
he hears her voice yearning,
"Please,baby,dont do this...i made a mistake!!"
his last smile is bitter.
"Well its to fxxxing late."
xxxfor curtis- my best friend and inspiration.
you deserve better yet you refuse to let go...
i pray you get peace....and a soulmate that isnt a total whore.xxx

an eye for an eye
a life for a life
a cut for a scar
a blade for a knife.
ruby red streams
running downhill
beg for it to cease
though it never will.
a silent scream
thats never heard
shrieking of pain
yet none hear a word.
slinking away
slinking in fear
wishing you gone,
away from here.
trouble is brewing-
that cant be ignored
watch as their bodies
fall dead to the floor.
write for venting
write for relief
write what you cant
express underneath.
scribble in anger
scribble in rage
spring like the phoenix
broke out of his cage.
hes not understanding
he doesnt see
what a silent hell
his eyes are to me

the feeling that im feeling....
i dont know how to explain......
i hope you like kids?or,
do you want to pick the name?
how will he take the news...
oh god,please dont let him leave....
i cant do this alone and
dont know what im expected to see.
will he be furious?
or be filled with joy?
will he want a girl,
or a baby boy?
....will he be digusted
will he be scared
will he flake out
or will he be there?

do i say "im pregnant"?
or do i say "im late"?
either way will shock him...
these words define our fate.
oh no, hes coming.
he walks in with a smile...
i cant tell him now.......
i'll just wait a while.
no,i cant do that
i feel my eyes water,which makes it all worse,
if he says "whos is it",
take me away in a hearse.
with my eyes stinging, i look into his,
i whisper "i love you"
and give him a kiss.
next i take his hand,
and move it to my heart.
"now theres one more to love... i think you better start."
hes confused at first,and then he understands.
he whoops a line of praises,and squeezes both my hands.
he looks down to my stomach with admiration that glows
we're going to be a family...a loving one,i know.

i come home from softball practice to see my ten year old sister,curled up in the smallest corner of the room like someones broken her little spirit....thats when i see the BRUISES.
splays of deep purple and sickly green ripple across her fair white skin like an ink stain on a silk blanket.
its been going on for TWO WEEKS.a little 12 year old boy thinks its oh-so-funny to hit little ten year old girls...
he only used his fists at first,but then,today,
HE USED A FUCKING STICK!!!!!!!!!!!!!!!!!!!!!!!!!!!!
SO,i need to calm down...hes only four blocks away-an easy run from here- and im planning things.......im scaring myself.
calm me down,please.
otherwise i swear to god,i'll end up killing the fucker.

well,you were right to say i wouldn't be able to keep you a year.
but its more than that...
in a year iv grown to love- to utterly ADORE you
in a year iv cried more bitter tears than the capacity of an unending ocean trench...
in a year iv started cutting, trying to feel something- ANYTHING- but depression.
in a year iv had my first kiss,but my sorrowful regret is that it wasn't you.
in a year iv discovered lovelandia, i have an online family of poets and dreamers..
...in a year,iv lost your love,but found heartbreak
in a year i lost your voice- the way it made those three little words seem like a caress to my numb heart

but in a year,i'll still shiver at your name,
i'll still be crying bitter tears,but not as frequently,
i'll attempt to stop cutting...because you would want me to,
i'll deal with reality- that my family doesnt give or notice anything about me or my sisters...that my mom has ms and i could inherit the disease later on...
i'll deal with not having you to love...
because,hopefully,in a year,
you wont matter anymore

time to let go,
and just walk away.
step away from pain,
from the harsh words you say.

time to live let,
and just move on.
slowly start to forget
until all memory's gone

time to turn from the past
and live in the now.
i dont know if i'll manage
because i dont know how.

time to give back
and not shed a tear.
give it some time,
and i'll forget that your here.

just take back the poems,
what says, "You are mine"
and i will so kindly
fade like the time.

look into the mist.
look at that full moon.
look into my eyes
to see my soul DOES exist.

sleep in your coffins.
sleep the final sleep.
sleep with no troubles,
and rest kindly in peace.

dying in shadows,
dying in pain,
i die thinking of you,
i die dancing in rain
with your eyes of silver blue.

i'v been told my whole life "when you love someone,your what they need first and what they want second."
...how the hell am i supposed to do THAT when what he needs isn't me, and what he wants is what i am???
am i confusing you yet? i mean, he WANTS me...he told me he did... but im not his type at ALL. im the emo-the one his family is scared to touch, the one his friends wont talk to, the one that brings him down...he needs better than me--- and i dont know how to give it to him.