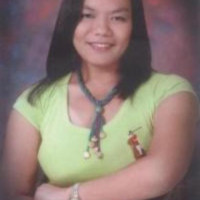 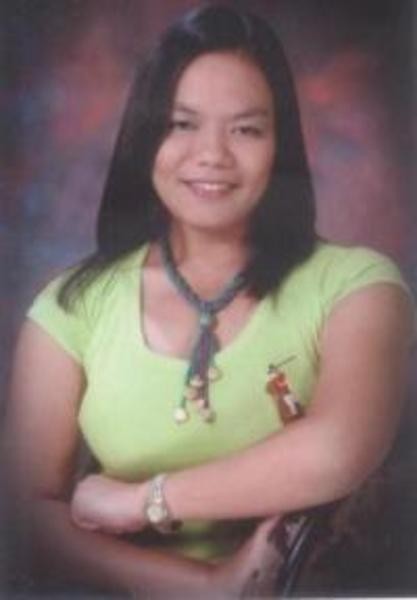 This story that I will share to you is about my first crush, my first infatuation, my first boyfriend,my first love and my first heart break. I was born in Quezon City,Philippines in the year 1986. My parents were really based in Isulan- a town in one of the three major islands of the Philippines, Mindanao. I was loved by my parents but an incident came to them and they separated. I was only 10 years old then, when my mom decided to go abroad to earn money for us. My aunt told my mother that it would be better if she would take me with her in their hometown. We packed our things for the said venture, I was lucky enough to have my aunt guide me through that journey. It was a sunny day of June 7,1995 when I entered a private school in town as 4th grade student.
I was so anxious at that time,I don't have friends yet, and I am having the hard time speaking their dialect as well. It was our first day in class and the school  lack a fifth grade teacher.Our professor Mr. Bert Labuaya accepted the first batch of incoming 5th grader students to have a seat in for that day. My head slowly turned right when I heard my new seat mate,Fiel murmuring the answer to our teacher's question.I told him to stand up and recite his answer, but he just ignored me. Our next subject was my favorite before- Science, our teacher asked about the name of the theory about the earth's origin,without any hesitation I raised my hand and stand up,and tell him that it was the Big Bang's Theory. Fiel-who was my new seat mate gave me a warm smile then. He was the silent type and I was the talkative type.Many of our classmates kept telling me that Fiel is a consistent  first honor  since  kindergarten. I cannot exchange thoughts with them by then because I don't know him yet. Sharmaine, who is my very first friend that time asked me if I could go with her in the canteen,since it was already our snack time. She opened a question about our new classmates and about the famous 5th grade student. I threw back the question to her,and she insisted that it is better if we promised to keep that as our secret. Sharmaine did not tell anyone about our secrets,neither did I. A few months after my cousin told his friends about the name written on my notebook. He would teased me whenever that guy pass our classroom. I am afraid that he would tell his friends about the name of that guy,because they really knew him. My cousin and I had a fight and on the following day he said that it was Fiel's name written at the back of my notebook. It was so obvious that I had a crush(a short-lived, intense and usually unrequited love) on him,I can't stare at him directly whenever I see him. I am so ashamed of it.
My crush towards him grew more as it become an infatuation-(Infatuation is childish, but love is mature).Years after years that infatuation grew stronger and intense. But one day I just realized that I should not pursue that feelings because 6 years had already passed since the day i admitted to myself that I like him.

I say the words " I luv U" so much
that I wonder sometimes if you take for
granted the feeling that is behind them.
I never want you to see them as just
words to begin or end a conversation.
"I Luv U" is just my way of saying
that you have touched a place in my
heart and made me come alive.

You have claimed a part of my heart
that, no matter what happens to us,
will always belong to you.
You taught me how to love.
You broke through all of my defenses
and comforted my fears...

You touched places in me
I never knew I had,
and made me feel things
I never thought I'd feel.
You have all of the patience, care,
understanding, and concern needed
to build the kind of relationship we have.

So when I say " I Luv u"
the words are not spoken out of habit.
It is my way of saying thank you for
being you and of returning some
of the joy you have given me.

You will always be my Loving Valentine.

I saw a humorous definition which said,
"Love is a heterogeneous conglomeration of absurdity
calculated to bamboozle the anatomy of the individual
who becomes intoxicated with its abominable and irresistible power".

egr_21
Added a post
D' Troubled
I took the chances
I had faced the risks
I heard the gossips
I welcome it with ease.

He said he love me but
He just walk away from me
He broke up with me and
He just called it quits.


It took me several years,
It gave me plenty of heartaches
It gave me benefits but
It causes me so much grief.

I thank him for doing so
I think it was better that way,
I can feel, I still love him but
I know my mind is saying-NO.

14:39:51A blessed day has come for me to realized,A previous hurtful event should be buried and set aside.A heart full of anger and bitterness will be freed from cries;A soul will then again soar high and find its way up in the skies.A friend with a sincere thoughts and advices gave me hopeA person in me will once more live and wait for the right one for me to keep.

I have to let you go,a long time ago
I was not  even so sure if your love for me is pure

I thought that it was all a lie,
I was left with tears in my eye..

I think and think a million  times
But all I did was to sigh.

See more...
Info
Name:
egr_21
Friends count:
3
Followers count:
0
Membership
Administrator
My Posts
what will I do
""My First Love""
On Valentine's Day... When I Say " I Love YOU"
wAt is loVe?
D' Troubled
Title...
Search
Are you sure?
Please, enter a value here